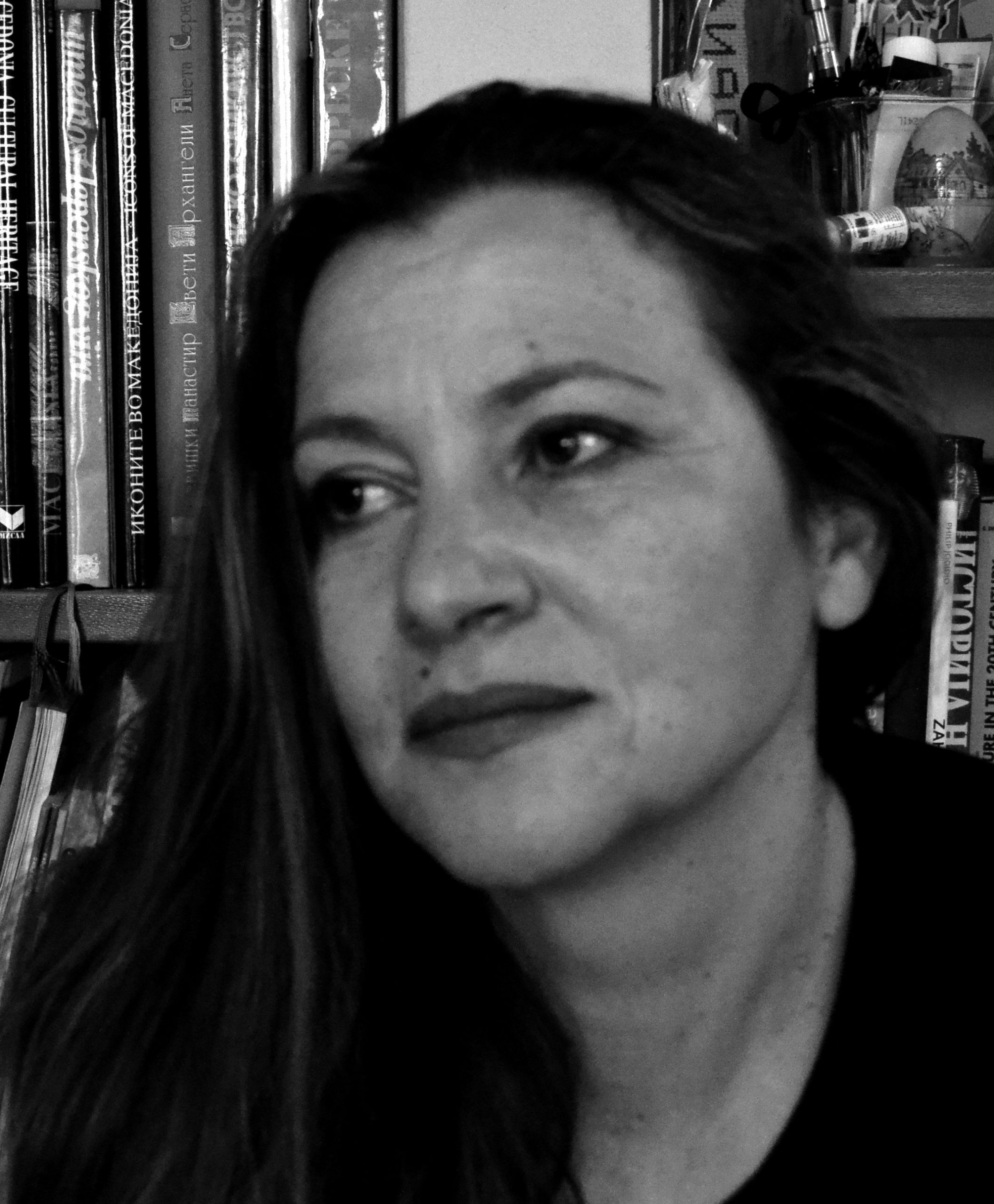 Slavica Janešlieva in the work “Traces of confusion” makes embroidered flags on canvas. In the spirit of advertising or insignia flags that flutter in front of an institution, and contrary to the expected large size, these flags are small in size. The size contributes even more to the aspect of trauma felt by the recipient i.e. causes frustration since the content on the flag can not be seen clearly. Janešlieva helps us overcome this frustration by offering binoculars in order to perceive the images.

“Traces of confusion” is a visualization of a print of a bird’s crash in a window. The trail is photographed. The photo is used for a hand drawing by the artist. Then the drawing is digitalized and transferred as an embroidery on canvas by an embroidering machine. Using the prerogative of flight against trauma and vice versa, Janešlieva alludes to two aspects. The first is the impossibility to see the invisible enemy (the glass), while being deceived by its reflectivity, not noticing the mimicry and simulation hidden behind the beauties of the illusion. The second is a “battle” with its own mirror image, as if it were the other nature of our personality and the inner turmoil that each individual has experienced. Figuratively speaking of an allusive animal trauma, visually – very effectively conceived by emphasizing the meticulous and multilayered work during the creation of the artwork, Janešlieva touches the traumas and fears that humanity faces in general.

‘INTERWEAVING – both a concept and a modus’, review of the latest project by Slavica Janešlieva